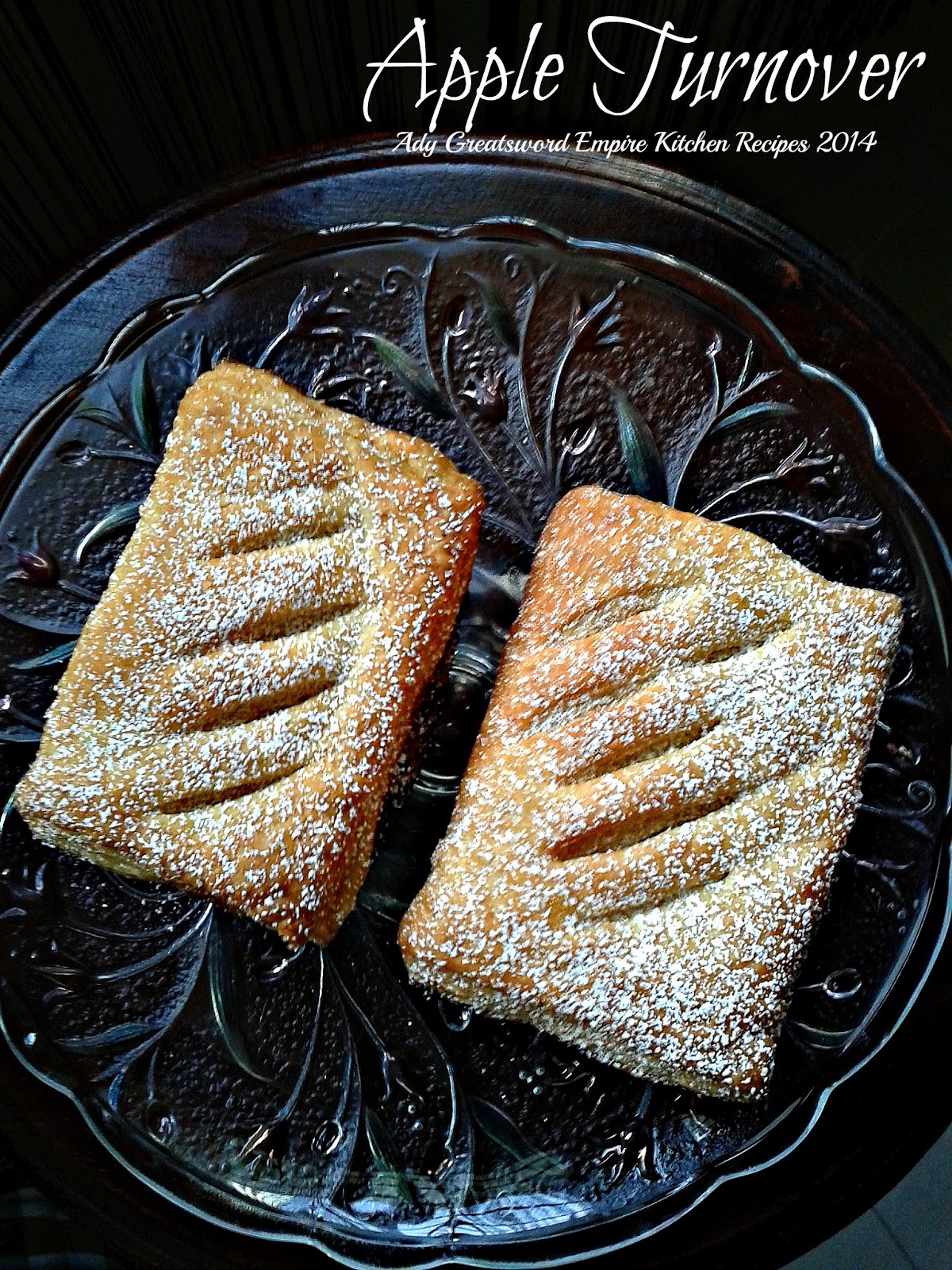 Apple Turnover
NOTE : All images are the property of Ady Greatsword Empire Kitchen Recipes and any reproduction is strictly prohibited. Let me make this clear: PLEASE DON"T STEAL MY PICTURES or IDEAS( Presentation), it's not cool aND it's illegal! 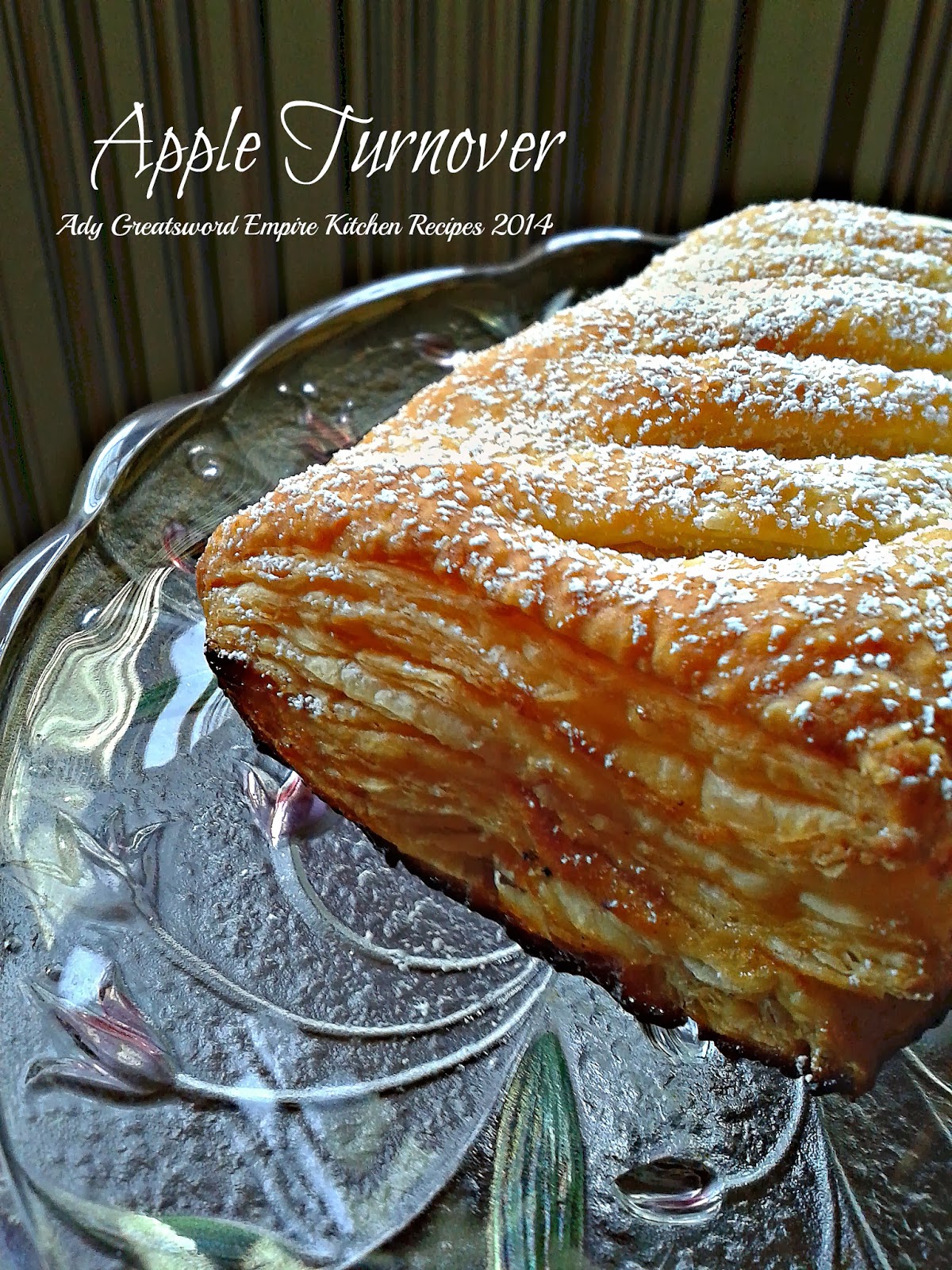 Preparation method
Line a large baking sheet with parchment paper and set aside.
To make apple sauce, roughly chop the apples into bite-sized pieces. Put them in a large saucepan with the sugar, cinnamon, ginger and three tablespoons of water. Stir together well, cover with a lid and put on a low heat to cook for about eight minutes. Then give it a stir and cook for another 8-10 minutes, or until the apples are soft but not too mushy.
Remove the apple sauce from the heat. Finely grate the zest from the lemon over to taste, stir in the knob of butter (this balances out the acidity in the apples nicely) and leave to cool completely.
You can use a 800g/1lb 12oz jar of readymade apple sauce instead. Just empty it into a medium bowl and finely grate the lemon zest over. Add the cinnamon and ginger, stir everything well to combine and set aside. (You shouldn’t need the sugar.) 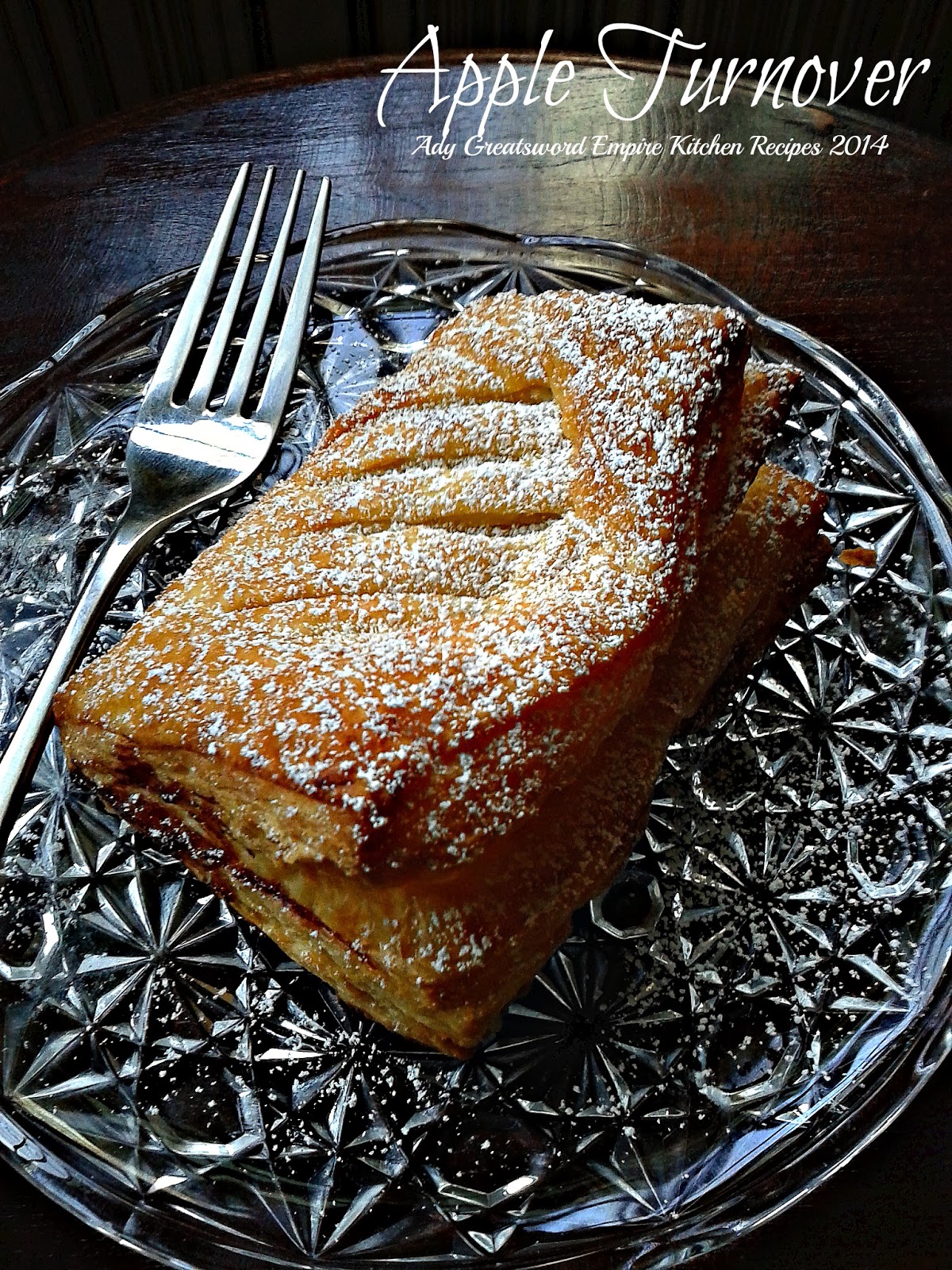 Dust some flour onto the work surface and roll the pastry out to a 40cm/16in square. Keep the pastry moving around as you roll, so it does not stick, adding more flour underneath if need be. The pastry will be really nice and thin. Then cut out eight 10cmx20cm/4inx8in rectangles and arrange them on the lined baking sheet.

Crack the egg into a mug, whisk it lightly and then using a pastry brush, brush a 1cm/½in border around the edge of each pastry rectangle (and hang on to the remaining egg for later). Then put a couple of big dollops of apple sauce on one half of each rectangle (inside the border). Stuff as much of the apple sauce as you can inside the pastries otherwise they won’t look nice and plump when they are cooked. Then fold the other half of the pastry over the apple and use your fingers to press the edges down to seal. Press in nice and tight to the apple so everything is snug and cosy. 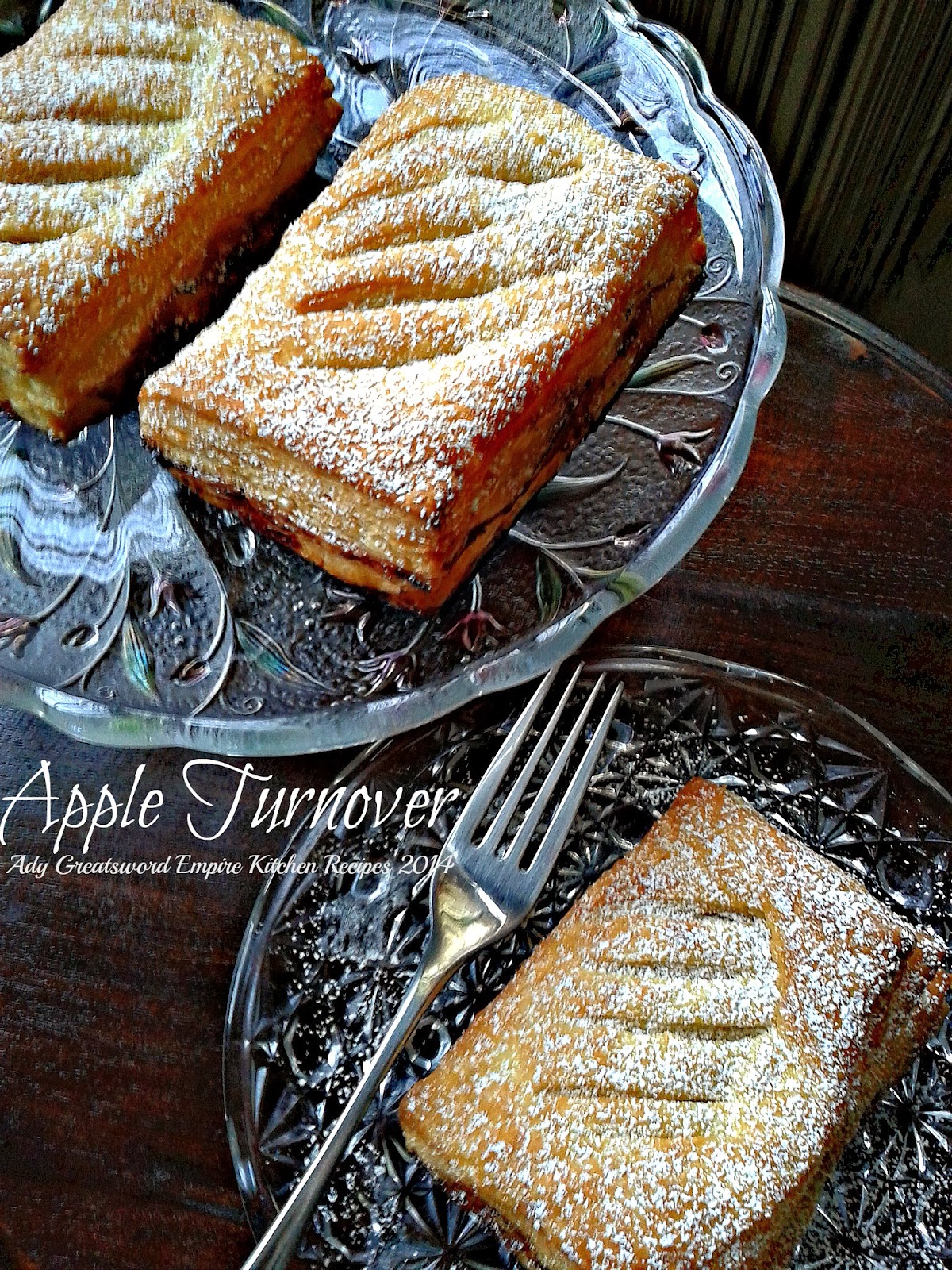 Place the pies in the freezer for 10 minutes to firm up (or the fridge will do just fine if you have double that time to spare).
Preheat the oven to 200C/400F/Gas 6.
Brush the chilled pies liberally with the remaining egg and mark the top of the pastries with a sharp knife. I like to do the outline of an apple. Put them in the oven for about 25 minutes until crisp and golden brown.

Leave to cool a bit before eating (that apple gets super hot). I really love to eat these while they are nice and warm, but they are very tasty served cool, too. Either way, give a little sift of icing sugar over them before tucking in. Oh and they are delicious with a little softly whipped cream,or  ice cream .